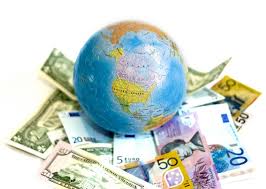 This article is intended for educational purposes only and not as legal nor tax advice.

The Foreign Investment in Real Property Tax Act of 1980 (FIRPTA), 26 U.S.C. 1445, is applicable in situations involving the disposition of U.S. real property by foreign Sellers. The IRS defines this to include, among other things, the sale, exchange, liquidation, redemption, gift or any transfer of such real property. The withholding requirement has generally been 10%, with certain exceptions, of the amount realized upon disposition. And, the way the IRS defines the amount realized upon disposition makes it effectively equal to the sales price irrespective of any loan payoffs and limited sales proceeds.

As of February 16, 2016 (effective date established by the IRS – the Act language reads February 17, 2016), the percentage will be increased to 15% in certain circumstances pursuant to provisions contained within the Protecting Americans from Tax Hikes Act of 2015 (“PATH Act”) signed into law on December 8, 2015 by President Obama. However, the prior rate of 10% will still apply if the Buyer is using the property as a residence as defined by the IRS (the purchaser intends to occupy the property at least 50% of the number of days the property is used by any person during each of the first two 12-month periods following the date of purchase), and the amount realized, generally the sales price, does not exceed $1,000,000.  Obtaining an affidavit from the Buyer stating their intent to use the property as their primary residence is advisable. When the amount realized exceeds $1,000,000, the 15% withholding requirement is applicable on the entire sales price. When the seller is a foreign corporation, the withholding is 35% of the gain it recognizes on the distribution to its shareholders.

When there is a duty to withhold, the amount must be withheld regardless of whether the actual tax due may exceed or be less than the amount withheld. Primary liability for compliance rests with the Buyer; however, agents of the Buyer and Seller including real estate agents and settlement agents may in certain circumstances be held liable by the IRS for the entire amount of the tax due in addition to the interest in penalties for failure to comply with any withholding requirement. So, it is imperative in every sale of real property that the Buyer, closing/title/escrow companies, and all agents involved ascertain whether the Seller is a foreign person.

The most common exemption to the requirement to withhold under FIRPTA is when the amount realized (the sales price) is $300,000 or less, and the property will be used by the Buyer as a residence as defined by the IRS (the purchaser intends to occupy the property at least 50% of the number of days the property is used by any person during each of the first two 12-month periods following the date of purchase).   Once again, it is advisable to get an affidavit from the Buyer stating they intend to use the property as their residence.   Another circumstance in which no withholding is required is when the Seller provides a certification stating, under penalties of perjury, that the Seller is not a foreign person and such certificate contains the transferor’s name, U.S. taxpayer identification number and home address (or office address in case of an entity).  There are other far less common exceptions enumerated by the IRS including when the seller realizes zero from the sale. Additionally, Withholding Certificates can be obtained by the foreign seller from the IRS adjusting the amount to be withheld.

The tax forms applicable that must be prepared and sent in to the IRS with the amount withheld when no exemption/exception applies are Forms 8288 and 8288-B.  Make sure you use the most current version of the appropriate forms as they have been recently modified to reflect the recent changes regarding the withholding percentage.  I recommend getting them each time each time the situation arises directly from the IRS.gov website to ensure the most recent form is being used.